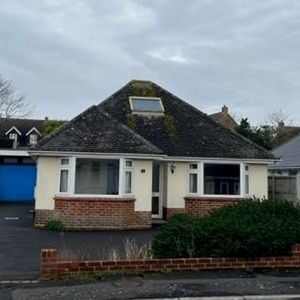 BCP Council (Christchurch area): Matt is delighted to share the news that he has recently secured planning permission for the extensive alteration, extension and remodel of an existing bungalow to form a contemporary two-storey dwelling near Mudeford in Christchurch.

The scheme, designed by Studio Arkell, sought to transform the rather uninspiring existing 1960s 2-bedroom bungalow into a modern 2750sqft family dwelling. In our supporting Design, Access and Planning Statement we justified that the proposed development would reflect other recent developments in the road and thus respect the evolving character and appearance of the area and due to well considered window placements would not detrimentally impact on neighbouring amenity.

The appointed planning officer agreed and informed us that she would be recommending approval (we had even agreed pre-commencement conditions). However on the day the decision was due we were informed that the senior officer (not the planning officer) had reservations about the scheme and thus we were advised to withdraw the application or it will be refused…. Wait, what? How did that happen?!

It appeared from our viewpoint that the senior officer when signing off the scheme took a personal dislike to the design of the dwelling (without perhaps fully understanding the evolving context of the locality – as she hadn’t done a site visit) and also questioned whether this could even be a householder application alleging only part of one side wall would remain. This was factually incorrect which lead Matt to spring into action justifying the design and colouring in all existing walls which would remain (incidentally 3 of main outer walls all were all to be retained!) which quickly resolved that concern. This was we’d imagine rather embarrassing for the senior officer as it was evident they quite clearly hadn’t understood the plans properly. This very alarming 11th hour change of tack from the planning department triggered Matt to take this matter up the chain to the Head of Planning who then reviewed the case. A week later the Head of Planning agreed with the planning officer’s original assessment and the application was approved much to our client’s delight who went on somewhat of a rollercoaster of emotions at the end there!

This just goes to show the benefit that comes with having a planning consultant fighting your corner. If we had not been involved and not challenged the rather the spurious concerns raised by the senior officer at the 11th hour to turn it around, we honestly believe that this application would have been refused. If you would like a professional firm of Chartered Town Planners to fight your corner on your upcoming project, then why not give us a call on 01202 585524 or email to info@puretownplanning.co.uk for a planning appraisal.