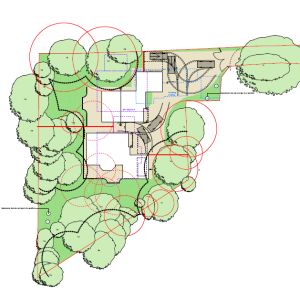 Borough of Poole: Matt Annen, director of Pure Town Planning has recently secured planning permission for the demolition of an existing house and the erection of two four-bedroom family dwellings on Greenwood Avenue in Lilliput.

Our developer client approached us following a previously withdrawn (due to concerns) application on the site for two dwellings using other consultants. We reviewed the comments received on the previous scheme and during one of our weekly in house design discussions we worked out a revised layout which would overcome the previous issues raised in respect of impact on trees, highways and scale of the houses.

As part of the application, we prepared a comprehensive supporting design, access and planning statement which set out the merits of the proposal in a clear and concise manner, whilst making it clear that the revised proposals were was in accordance within adopted planning policies that support economic growth and the provision of new homes in sustainable locations.

Upon considering the application and supporting documents, Officers generally agreed with our conclusions and whilst initially hesitant through further negotiations and amended plans we convinced the planners that the principle of the plot sub-division was acceptable; the design of the houses positively contributed to the emerging character of the area; there would be no material harm to neighbouring amenities or nearby trees; and accorded with Council’s highway requirements. The scheme was approved under delegated powers. The client was delighted with the decision and is now preparing for the redevelopment of the site.

If you have a site or existing property and would like to pursue a residential development or if you’ve had planning permission refused then why not call the experts at Pure Town Planning on 01202 585524 or email info@puretownplanning.co.uk for a FREE 30 minute consultation on how we can help you.