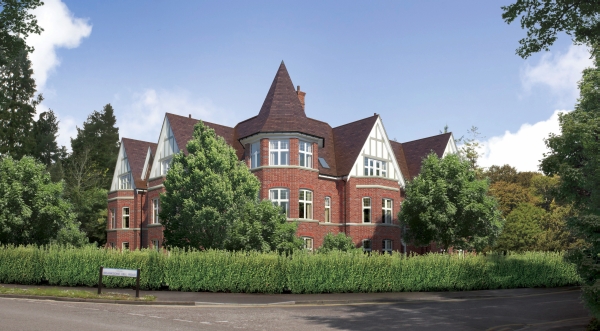 Bournemouth Borough Council: Pure Town Planning are thrilled to announce that, teaming up once again with ARC Architects, we have recently secured a valuable planning permission for the demolition of a currently unlawful HMO building (formerly a nursing home) and erection of a 3 storey building comprising of 11 luxury flats in Glenferness Avenue in Bournemouth. This approved scheme followed a number of failed attempts to redevelop the site by other parties.

After a long and drawn out planning process, with a number of revisions made to the initial plans we were delighted that all our hard work had been worth while, as we were able to convince the Councillors on the Bournemouth Borough Council Planning Board (on the second time of asking) that the scheme was acceptable and both the Planning and Conservation applications were subsequently approved by the Planning Committee. This was achieved despite the application going to planning committee with a recommendation for refusal from the Planning Officer. The planning officer had three main concerns:

Whilst the vote was not unanimous, the majority of the Councillors on the Planning Board deemed that on balance the scheme had merit and should be granted planning permission and voted accordingly. This approval will undoubtedly breathe new life into the surrounding street scene by introducing a grand and attractive proposal of a traditional Victorian villa design style.

As you can see, here at Pure Town Planning, we like nothing more than securing our clients planning approvals. If you are working on a large residential development and are looking for a firm who will work tirelessly to steer your development through the planning process and secure that all-important planning permission, then why not give us a call (01202 585524) or send us an email to info@puretownplanning.co.uk.