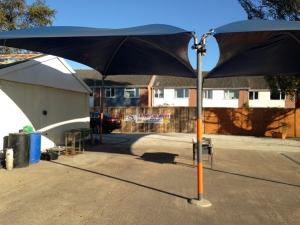 Borough of Poole: Pure Town Planning are thrilled to announce that we have secured permission at appeal for the change of use of a brownfield site to a car wash and car sales centre, including the erection of an ancillary office, staff room, associated canopies and boundary treatments, in Lower Hamworthy, Poole. The appeal decision marks the end of a lengthy 18-month planning process for our client where we have assisted throughout.

The appeal site was historically used as a boat yard and storage facility until the use ceased in late 2012. From that point the site became vacant and overgrown. The site was abandoned and on several occasions the subject of many bonfires. The existing drainage channels became blocked by debris/silt and the site frequently flooded. In late 2015, our client acquired the site and began operating his business. Shortly after opening, he was advised by the Borough of Poole that planning permission was required for the change and he duly appointed our services to prepare, submit and manage a change of use application. As part of the application we prepared a comprehensive supporting planning statement that set out the merits of the proposal, whilst making it clear that the development would not harm the amenities of neighbouring residents and was in accordance with adopted planning policies that support economic growth and new employment. Upon consideration of the application, the Council’s planning officers agreed with our conclusions and recommended temporary approval for 2 years – permanent permission cannot not be granted because of future highway improvements scheduled within the Poole Regeneration Area. Due to neighbouring objections, the application was referred to the Council’s Planning Committee for determination. In determining the application, Members overturned their officers recommendation and granted permission for only 6 months to enable monitoring of the noise and other environmental issues associated with the business to ensure the scheme would not detriment the amenity of neighbour occupiers. 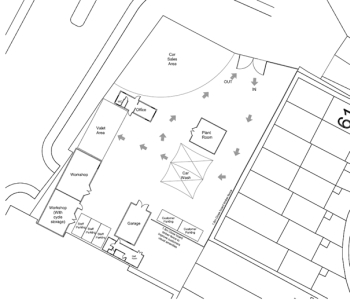 In May 2016, prior to expiry of the 6-month temporary planning permission, our client submitted a renewal application, with minor amendments, to the Council. During the application process, the Council’s Environmental & Consumer Protection Services assessed the commercial operations and following 42 separate monitoring instances they concluded that the noise levels and amount of water spray observed were not at a level that would cause significant adverse effects to neighbouring residents. Upon considering of the application, Officers’ again recommended permission be granted for a two-year period ending July 2018. Due to the level of neighbouring objection the application was again taken before the Planning Committee for decision. Upon considering the proposal, Members chose to overturn the Officer’s carefully considered recommendation and refused planning permission. The reason for refusal related to harm to neighbouring amenity because of noise; water spray; and general disturbance.

Following receipt of the refusal, our client instructed us to appeal the refusal to the Planning Inspectorate. At appeal, we were successfully able to persuade the Inspector that the commercial development was respectful of its setting and that it did not materially harm the amenities of neighbouring occupiers as shown by the extensive monitoring by the Council’s Environmental & Consumer Protection Officers. Upon consideration of the proposals, the Inspector concurred and allowed the appeal stating “I have no substantive evidence of any other sources of disturbance from the operation of the site that amount to a level that would be materially harmful to the living conditions of adjacent residents”.

As part of the appeal, we also applied for a full award of costs against the Council as we felt the Planning Committee behaved unreasonably by applying an unsubstantiated reason for refusal that was contrary to the advice of the Council’s Environmental & Consumer Protection Team based on their monitoring. The costs decision has yet to be issued by Inspector.

Our client was thrilled with the Inspector’s decision and is now successfully trading at the site, providing services and employment opportunities to the local community.

If you have recently had your planning application refused, speak to Pure Town Planning for a free of charge and completely honest review of your chances at appeal. Remember your only get a small window to appeal your decision, which varies from 28 days to 6 months depending upon your application, so do not delay getting in touch with us to discuss your options.