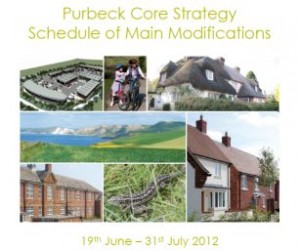 Just over a month ago we reported that Purbeck District Council had finally reached the stage of Public Examination of its Core Strategy. We also noted that in reaching this milestone Purbeck had clocked up an impressive (or depressing depending on which way you look at it) nine stages of consultation. Well with the public hearings before a Planning Inspector now completed they have decided to hold just one more consultation to take it up to a nice round ten. Yes, ten!

Purbeck District Council is now consulting upon Main Modifications to the Core Strategy which are proposed in response to issues raised at the hearings – after all that consultation how could it be possible that new issues emerged! Anyway if you are minded you have  until 31 July 2012 to comment – but only on the modifications.

As ever any queries about planning policy, current or in the pipeline, then give us a call.