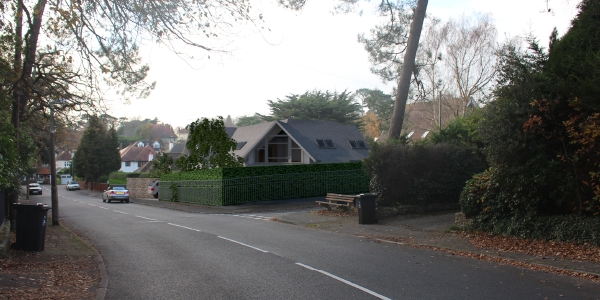 Borough of Poole: Pure Town Planning has recently secured planning permission for a pair of semi-detached properties designed to appear as a single dwellinghouse in Lower Parkstone in Poole.

Following a negative pre-application response from the LPA which centred on splitting the plot to form two dwellings, Pure Town Planning were called in to turn the sites fortunes around. We devised a strategy which formed a pair of semi-detached dwellings but appeared as a single large chalet house. The proposed plans were prepared by Trinity Architecture.

Despite our best efforts, the appointed planning officer did not feel comfortable about going against the Council’s pre-application advice and recommended that the scheme should be refused on the grounds that the principle of sub-dividing the plot would be out of character in this area. Fortunately, because of the sites close proximity to the home of a Councillor, the scheme had to be determined by the planning committee. 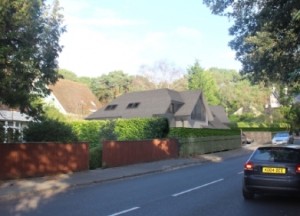 Matt stood up and explained to the Councillors in his 4 minute deputation that the proposed dwellings would respect the existing building lines and the resultant density of the proposed units would equate to only 23 dwellings per hectare which was very similar (if not lower) than many of the other numerous sub-divided properties in the locality. Matt had identified over 20 plot sub-divisions within 500m of the site and informed the Members that these should form a material planning consideration in the determination of the application. He then explained that whilst each case is determined on it’s own merits, when you have so many clear examples of very similar if not smaller plot sub-divisions in the locality, these start to have an effect on the character of the area and form a more varied and mixed context to the site which is more able to accept change. The majority of the members agreed with Matt and when it was put to the vote the application was approved against the officer’s recommendation.

This is another classic example of Pure Town Planning’s “never say die” attitude. If you are looking for a firm of planning consultants to fight your corner to the bitter end, then look no further! Why not give us a call on 01202 585524 and book in your ‘Free of Charge’ consultation today.