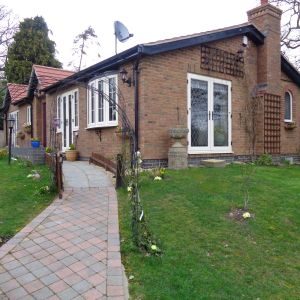 BCP Council (former Christchurch Borough): Dan Wilden is pleased to have won an appeal against the BCP Council and thus secured planning permission to allow the retention of an existing annexe building in the green belt near Christchurch.

Our client recently built the annexe following the issuing of a certificate of lawful development by the Council confirming that an annexe was permitted development. The Council later realised that they had made a mistake in issuing a certificate – an annexe is not considered an “incidental” use which is a requirement for an outbuilding within the curtilage of a dwellinghouse to be considered permitted development. When the Council noted that the built annexe differed slightly from the approved certificate plans, they decided the building was not lawful and began enforcement proceedings. Our client submitted a restrospective planning application for the annexe but the Council turned this down on grounds of the building being inappropriate development in the green belt.

At this point the client approached Pure Town Planning for advice on the possibility of an appeal against the refusal. On appeal we pointed out to the Inspector that the mistake previously made by the Council misled the client and directly led to the situation of the client having built the annexe unlawfully. We were able to persuade the Planning Inspector that this amounted to the very special circumstances needed to outweigh inappropriate development in the green belt, thus granting planning permission. Our client is delighted and very relieved that finally the future of the annexe is secure.

If you have unlawful development which requires regularising why not contact Pure Town Planning for advice?