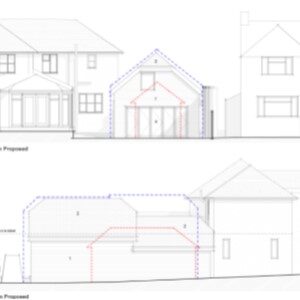 The appeal site is a house in the village of Ashurst where it was proposed to replace an existing garage with a larger outbuilding comprising a garage, garden store with first floor office in the roof space. The National Park Authority claimed that the proposed garage would be overly large, not subservient to the house and would harm the amenities of the neighbouring house.

After being approached for advice by Giles Architects, Dan advised the that there were good chances of getting the decision overturned at appeal. In comprehensive grounds of appeal he argued that the proposal was actually sensitively designed so as to be subservient to the large house and would not have a significant adverse impact on the neighbours.

The Inspector agreed, also finding that the proposal would be in keeping with the character of the area and would not harm the landscape setting or the natural beauty of the National Park. As such the appeal was allowed to the delight of our client.

If you have had a planning application refused recently do speak to one of our planning consultants to determine whether a planning appeal might be the best way forward.