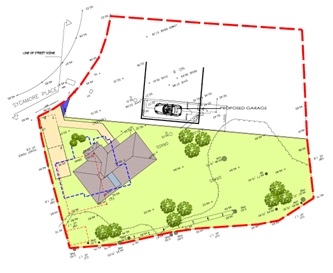 The appeal was particularly interesting as it related to a case whereby in their determination of the application, the Council accidentally granted planning permission as a result of an administrative error and then issued a subsequent refusal notice without undertaking the relevant legislative procedures. Upon examining the Council’s handling of the application, we considered that its decision-making process was unlawful. As a result, we instructed our client to seek legal advice from Dutton Gregory Solicitors who concurred with our opinion and advised us to lodge an appeal with the Planning Inspectorate.

The appeal argued as planning permission was granted by the issuing of a notice of grant of planning permission, the decision was legally effective. As that notice had not been quashed by an order of the court, the subsequent issue of a refusal notice was legally ineffective as the Council had taken no steps to rectify the legal position. As such we contended that approval notice which granted planning permission for the proposed development was valid and is the Council’s legally binding decision. As a ‘belts and braces’ approach we also formed a robust argument against the Council’s reasons for refusal which contended that the proposed development complied with local and national planning policy. However, in this instance, this was not required.

Following the appeal decision, we received formal written confirmation from the Council that they would not be seeking leave for a statutory judicial review to challenge the Inspector’s decision. In addition, they advised that the approved scheme would be added to the Council’s Planning Register.

In summary, this appeal decision demonstrates the importance of following correct legislative procedure and where applicable, challenging decisions through the appeal process where errors have been made to ensure the relevant procedures are followed.

The client was understandably delighted with the decision and is planning to commence development on the high quality dwelling designed by Anders Roberts Cheer early this year. If you have recently had your planning application refused, speak to Pure Town Planning for a completely honest review of your chances at appeal. Remember you only get a limited timeframe to appeal your decision, so do not delay getting in touch with us to discuss your options.