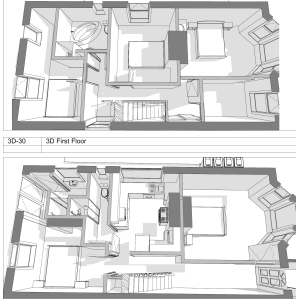 We believe this appeal decision is the first of its kind, as the Inspector granted an additional HMO in an area which is already in breach of the 10% threshold for HMOs imposed by Bournemouth Local Plan: Core Strategy Policy CS24 and thus contrary to  the policy. This pioneering decision forms a material planning consideration for applications of a similar nature and thus could have a bearing upon the decision of future HMO applications in Bournemouth.

The change of use of a normal dwelling (Use Class C3) to a Use Class C4 HMO (one with 3-6 individual residents) is usually permitted development however Bournemouth Borough Council have obtained an Article 4 Direction covering the whole borough which effectively withdraws the permitted development right. As such planning permission is required for such change of uses in Bournemouth.

Policy CS24 of the local plan indicates that new HMOs will only be considered acceptable where no more than 10% of properties within a defined area surrounding the application site are in use as HMOs. However, the appeal site is situated in an area where existing HMOs are at a total proportion of 13.8%, in excess of policy CS24 limits, and the change of use would increase this to 14.8% (4.8% over the LPA’s HMO threshold).

The Inspector scrutinised Policy CS24 and the Article 4 Direction, summarising that these policies provide a generalisation of the whole Borough and cannot be used to infer the suitability of the appeal site for an HMO. In light of this, he expressed that the addition of an HMO on the site would not adversely impact upon the street scene or neighbouring amenity, nor has substantive evidence been provided by the LPA to prove any adverse harm. The Inspector commented:

Notwithstanding the fact that the 10% limit on HMO uses set by Policy CS24 of the LPCS would be further breached by allowing the change of use, there is little substantive evidence before me that significant adverse impacts on the character or appearance of the area currently result from HMO use, or would be exacerbated by allowing the change of use.

The Inspector concluded by saying: “I find that whilst the change of use would not be in strict accordance with the upper case policy of Policy CS24 of the LPCS, it has not been shown that harm would result that would conflict with the justification for the policy contained in the supporting text.”

If you are exploring the possibilities of creating a new HMO development (or looking to regularise an existing use) in areas which you believe could already be in excess of the 10% threshold, contact Pure Town Planning on 01202 585524 or at info@puretownplanning.co.uk for a Free and Confidential planning consultation.