The application utilised permitted development rights that allow offices (B1(a) use) to be converted to residential (C3 use) use subject to compliance with the relevant restrictions. Unlike a full planning application, a prior approval application for B1(a) to C3 can only be considered on the four issues following issues; flooding; contamination; highways and transport issues and noise impact.

In October 2016, we submitted a prior approval application to Weymouth and Portland Borough seeking permission for the change of use. The proposed development was designed by RB Studio. The application was refused in November 2016 with officers concluding that the applicant could not utilise permitted development rights as the use of the building was deemed to be ‘sui generis’. 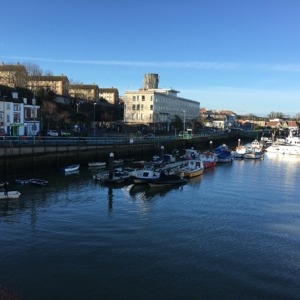 Sui generis is a planning term given to the uses of land or buildings, not falling into any of the use classes identified by the Use Classes Order, for example theatres, casinos, car showrooms and petrol filling stations. WPBC concluded because the building was used for the administration of local government, the building’s use was sui generis.

Upon receipt of the receipt of refusal notice, we were instructed by the applicant to submit an appeal to the Planning Inspectorate. As part of the appeal we consulted with Landmark Chambers who provided legal counsel. The appeal was determined under written representations and allowed on 26th January 2018.

WPBC’s decision was based on their interpretation of the ‘London County Hall Case’ (London Residuary Body v Secretary of State for the Environment) (1989).

The Court of Appeal was considering whether London County Hall had use rights as a B1(a) offices within the Use Classes Order 1987 or whether the Greater London Council’s use of the building was sui-generis. The case examined the legal principles related to the Use Classes Order 1987 in relation to B1(a) office uses.  The Court of Appeal held that due to a combination of special factors, the use of the building by the London Residuary was sui generis.

In addition to office space, the building also included a highly decorative Council Chamber with a public and press gallery, individual committee rooms, members’ reading room, a public library, education library, dedicated rooms for party whips and part leaders, a members’ terrace and courtyard, a public restaurant, refreshment rooms, a staff chapel and a firing range.  The additional uses to the office space were deemed to be ‘special factors’ which meant the building did not fall within the definition of an office. Instead, it was determined due the variety of uses undertaken within the building it was a sui generis use.

Our appeal statement assessed the London County Hall Case and made clear that when considering matters of fact and degree, there were no special factors attributed to use of the North Quay Offices by Weymouth and Portland Council, therefore the lawful use of the building was B1(a) office use.

In addition to our thorough assessment of the building’s lawful use, we also submitted various case studies demonstrating examples of where other council offices had been deemed to be within B1(a) use. Of particular relevance, was the Council’s current offices at the Mulberry Centre, Weymouth and South Walks House, Dorchester, both of which were approved for use as Class B1(a) offices.

During the appeal proceedings, WPBC did not submit a statement of case to the Inspector. Instead they provided two counsel opinions on the matter. To this regard, the Inspector quoted “the Council has provided no evidence about the nature and extent of the use made of the building, despite the fact that the Council has the best knowledge of the use that was made of the building”. As such, he placed great weight upon our assessment of the building’s use and quoted our ‘undisputed figures’ within his report.

In determining the appeal, the Inspector concluded “that the use of the North Quay premises presents few of the special features which led the Inspector to conclude that County Hall fell to be a sui generis use”. When looked at in its entirety, the administrative functions carried out within the vast majority of the floorspace can be characterised as office use, and the use of the small amount of floorspace by the public and the carrying out the democratic functions are insufficient to shift the balance from use as an office to a sui generis use.”

For our followers who wish read to the full details of the appeal, the Inspector’s decision can be read here, whilst our appeal submission can be found here.

This landmark appeal decision demonstrates the professionalism, vast research and attention to detail that Pure Town Planning inject into all our submissions. We are delighted that our reasoned justification has prevailed and that we were able to secure permission for this prominent development

So, if you have office space (small or large) and think it is suitable for conversion to residential use, why not give Pure Town Planning a call on 01202 585524 or email at info@puretownplanning.co.uk for a FREE 30 minute consultation.