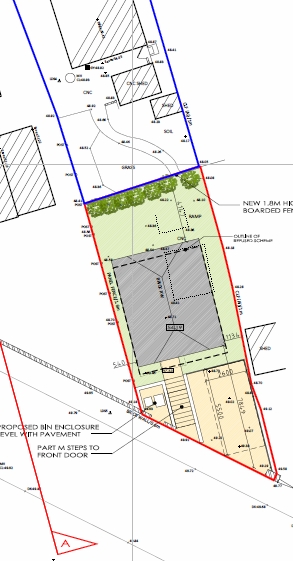 The application site forms the rear garden of a detached dwelling with dual frontages on both Nursery Road and Forest View Road.  A previous application to sever the plot was refused by Bournemouth Borough Council in 2013. Following this refusal, Pure Town Planning took up the appeal which was subsequently dismissed despite the Inspector’s assessment that this was indeed a potential plot. Despite this setback, in conjunction with Anders Roberts Cheer, a revised scheme was submitted in late 2014, which reduced the scale of the new dwelling and its perceived impacts to neighbouring properties. Yet again, the Council were adamant that the scheme was unacceptable and the site unsuitable for such a plot split – and refused the application.

Never ones to throw in the towel, for the second time, we challenged the decision at appeal in February 2015 and argued that the plot split had been rigorously re-designed to take into account any and all concerns regarding its impact upon the street scene, related views and the privacy and amenity of neighbouring properties.Finally we received confirmation that the Planning Inspectorate had allowed the proposal to split the plot and erect a modest new dwelling on the former rear garden site.  The Inspector’s decision was in stark opposition to both Bournemouth Borough Council and the previous Inspector’s appeal decision and ultimately found that under the revised design, this plot severance could be accommodated without impacting its immediate neighbouring properties or the wider character and appearance of both Nursery Road and Forest View Road. The client was naturally overjoyed to hear the good news, which brings a satisfying end to almost two years of applications and challenges to secure the all-important planning permission.

If you have recently had planning permission refused and are considering what to do next, why not contact Pure Town Planning on 01202 585524 or email us at info@puretownplanning.co.uk  to find out if would recommend challenging the Council’s decision at appeal.