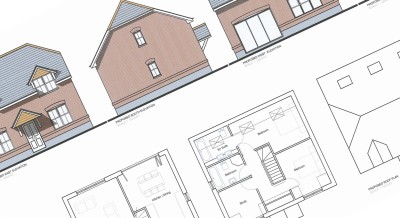 Bournemouth Borough Council: Pure Town Planning has just secured what one could call the “double whammy” when it comes to planning appeals – the appeal allowed with a full award of costs to the appellant. I’m afraid this is (what should be) a salutary reminder of what happens when Planning Committee members decide to ignore their planning officers and get swept along by a particularly active local objector.

For our client this seemed like a straightforward proposal. A well established pattern of back-land development has emerged along the street and by assembling the rear gardens of two more dwellings he could fit in perfectly with another two dwellings. Bournemouth Borough Council’s planning officer agreed that this proposal would sit comfortably without harm to the character of the area or the neighbouring residents and thus recommended that approval be granted. A number of local residents wrote in to object as of course they are entitled to do. In Bournemouth if ten or more letters of objection are received the planning officers are not able to approve the planning application themselves – it must be referred to committee for a decision and that is what occurred here. However one particularly active local resident managed to put together a petition with an impressive number of signatures from local and not-so-local residents. One neighbour later commented to us that some of those signing may well have done so in order to avoid further doorstep visits. Whatever the truth in that the Committee members were swayed and voted to refuse the application.

The client approached Pure Town Planning to run the appeal which we duly did. The Council officers had to defend the opposite stance to that which they previously had taken. It’s always a slightly awkward situation but the planning officer as usual handled it professionally doing their best to defend the Council’s decision as opposed to their own. Pure Town Planning however were able to convince the Inspector that not only was the proposal was perfectly acceptable but that the Council had acted unreasonably in taking a decision which simply could not be convincingly defended. As such he awarded a full award of costs against the Council which means that they have to pay our clients costs associated with making the appeal.

If you wish to challenge the Council’s decision on your planning application then why not ask Pure Town Planning for advice as to whether we think your proposal has a good chance on appeal. You never know you may end up with the Council picking up the bill…