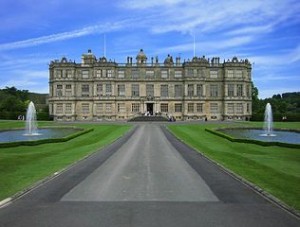 A new enquiry today gave me cause for a quick refresher on the old PPS7 Country House clause. This is paragraph 11 of Planning Policy Statement 7 which basically states that once in a while a proposal for a house of such architectural brilliance will come along that it should be allowed even though it breaks all the usual rules on building in the countryside. Or the way I like to see it, the countryside would be a better place with it than without it. Imagine the English countryside without a Blenheim Palace or Chatsworth House?

But, sudden panic, what about the National Planning Policy Framework? Surely the extreme condensing of  a thousand pages of planning policy down to fifty could not possibly leave any room for this clause which has been invoked to justify planning permission probably no more than 25 times since PPS7 was published in 2004 (and apparently of these only around a half have ever been built)? And if it is not in the NPPF then surely the opportunity is already lost given that we are expecting publication in April? Without national say-so no local authority would ever grant one off their own back would they? So I checked the Draft NPPF and, no, there it is at paragraph 113  – condensed slightly by bullet points but essentially the same. I suppose it could disappear from the final version but it looks like RIBA have succeeded in saving it once again.

One of the problems with the Country House clause, evidently apart from that architecture of this brilliance is only occasionally affordable enough to construct, is the question of whether the decision makers are up to the task of assessing whether the design is truly exceptional and ground-breaking. Your average planning officer doesn’t get much training in architectural appreciation, probably less so planning committee members. Should it go to appeal the Planning Inspectorate might have the luxury of being able to chose an Inspector with an architectural background but this would be a highly subjective judgement by one pair of eyes. Is this the right way to chose what could be seen as the ultimate prize of architectural design? Would it not be better to scrap the Country House clause in favour of a simple annual competition whereby the Secretary of State, as advised by the great and good of architecture, once a year ceremonially grants consent for one country house scheme? He might even be able to scrape together a bit of cash to ensure the thing gets built after all it would be in the public interest to forward architecture in this way. It might need a clawback if public money is so used – perhaps English Heritage automatically gets ownership after 50 years or so.

Just as an aside, what of the other end of the architectural scale, the so-called low-impact development? Should an exception not also be made for rudimentary off-grid shelters housing deep-green occupants who both tread so lightly on the environment that they ought to be allowed in preference to sending the folk back to an energy-hungry life in the suburbs? A couple of local authorities did introduce such clauses in their Local Plans – generally in response to specific cases in their areas. Strangely RIBA never took up the cause.

Anyway got your bit of English countryside and not sure which way to go: the rustic good life or a contemporary Downton Abbey? Give Pure Town Planning a call and we’ll try to dissuade you.