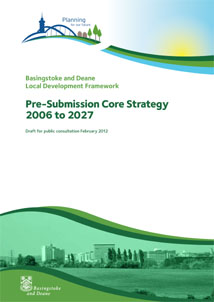 Back in February we reported on the Basingstoke and Deane Borough Council  pre-submission Core Strategy consultation.

Progress on the Core Strategy has now been halted by a successful legal challenge brought about by the Manydown Company Limited in relation to the failure of the Council to allocate land for housing development at Manydown west of Basingstoke. This land is owned freehold by the Company but the Council holds it on a 999-year lease having acquired it in 1996 with the express purpose of promoting comprehensive housing development. However the Council, in drawing up the draft Core Strategy took the position that the land was “unavailable” for development – because in its landowning capacity it had decided not to make it available.

He issued an order quashing the decisions and requiring the Council to reconsider them. Effectively in light of the decision the Council needs to revisit its position in respect of the Manydown land.

As ever Pure Town Planning are able to advise on the implications on forthcoming planning policies and can submit consultation representations on your behalf – just give us a call to find out if we can assist.