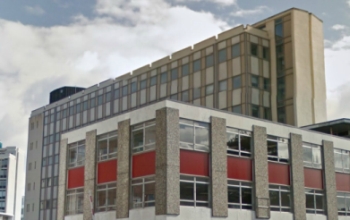 England: After much speculation, permitted development rights to allow the conversion of offices (Use Class B1(a)) to residential (Use Class C3) have been made permanent by the Government with effect from 6 April 2016.

Temporary permitted development rights allowing the conversion of office buildings were first introduced by coalition Government in 2013 and were set to expire in May 2016. However, due to success of the temporary measure in delivering a significant number of dwellings across the country, the legislation has now been made permanent under The Town and Country Planning (General Permitted Development) (England) (Amendment) Order 2016 (catchy name, we know…).

The extension of permitted development rights were announced in Government press release by Housing and Planning Minster Brandon Lewis 13 October 2015, titled ‘Thousands more homes to be developed in planning shake up’. The eagle eyed followers of planning news amongst you will note the announcement initially said the Government would look to introduce a new permitted development right that would allow the demolition of office buildings to make way for new homes. Unfortunately, no such rights are included within the updated legislation and are yet to come to fruition.

The key legislative changes are summarised below:

Elsewhere, new permitted development rights have been introduced permitting changes of use from laundrettes (sui generis use) and light industry premises (Use Class B1(b)) to dwellings, both of which would be subject to a prior approval. The new right for B1(b) premises is delayed and comes into force on 1 October 2017 (to give Council’s the opportunity to withdraw the right through an Article 4 direction). It will only then last for three years.

The legislation can be read in full here.

If you have a site and are looking for some guidance on your permitted development rights then why not contact why not call Pure Town Planning on 01202 585524 or email info@puretownplanning.co.uk for a FREE 30 minute consultation on how we can help you.