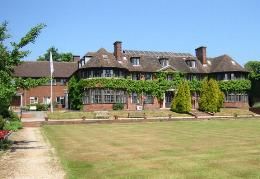 The Local Plan Part 2 provides some detailed Development Management Policies to replace those of the old Local Plan First Alteration (2005) To be fair there is little significant difference in approach. It also sets out numerous site specific policies including a host of small green field housing allocations (and one or two large ones) dotted around the district area.

In respect of the Community Infrastructure Levy the Inspector has confirmed the blanket residential rate of £80 per sqm but has removed the proposed retail rate. As such residential development is the only kind which will pay in the district area.

The adoption of both documents will be considered at full Council next month with a view to adoption. Unusually however, according to its website at least, the Council are only considering the adoption of the CIL charging schedule in April 2015. My guess is that the Council planners have calculated that their charging schedule if applied will actually lead to less income than the present Section 106 contributions system. Hence they have decided to run Section 106 until April 2015 when legislation determines that such pooled contributions are no longer permitted and CIL becomes a necessity.

Just a reminder, if you needed it: none of the above applies to the New Forest National Park.

As ever if you have any queries about how this might affect you then do please get in touch.