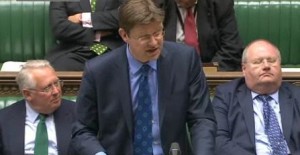 So finally, following a statement from Greg Clark Minister for Planning in the Commons, the National Planning Policy Framework was published this afternoon. It is only 47 pages (plus 10 odd pages of appendices and another 20 in a Technical guidance paper (on Flood Risk and Minerals) oh plus the travellers specific  policy document published earlier). Anyway it may be short but lets face it on a beautiful hot afternoon such as today it was impossible to digest it fully. Detailed Briefing Note to follow…

Secondly, there are some “transitional arrangements”. Fortunately they only last 12 months because they are as clear as mud. In short for 12 months we have to judge how much weight may be given to existing and emerging Development Plan policies depending upon how consistent they are with the NPPF and in the case of emerging policy how far advanced they are. I don’t think it helps anyone and it would be more straightforward to stick with the simple proviso that development proposals must be determined in accordance with the (adopted) Development Plan unless material considerations (which could clearly include the NPPF and emerging local policies) indicate otherwise.

Thirdly, as expected all PPSs and PPGs are cancelled as of now. I’m feeling nostalgic for them already, particularly some of the real old timers – PPG2, PPG13 etc. Our old friend Circular 05/2005 (Planning Obligations) is also cancelled although that had lost its edge since Regulation 122 of the Community Infrastructure Levy Regulations 2010 really focussed attention on the justification (or lack of it) for Section 106 contributions.

Final thought, whatever the spin put on this by the Chancellor, the media, the preservationist lobby or the property sector the truth is that when push came to shove it would seem the natural equilibrium in planning has been largely restored. Ok there may be a few extra appeals here and there testing out a few of the little points of detail on sites significant enough to be worthwhile but for the rest of us we return to the fray wielding a different weapon but at no fighting advantage.

If you have any queries on any specific issue relating to the NPPF then please do give us a call.