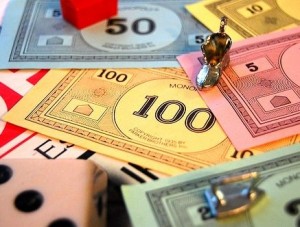 But first if you have not been paying attention to our prophetic bleatings over the past six months and still do not know what the Community Infrastructure Levy is all about then read our short briefing note at once – here!

Right now straight into the updates:

Borough of Poole have had its CIL charging schedule examined and, subject to it dropping the charge on supermarkets, the Inspector has found it sound. They are now working towards charging to begin 01 January 2013. The charges will only apply to residential development and depend upon where you are in the Borough. There are three zones: Zone A (green) £150 per sqm; Zone B (yellow) £100 per sqm and Zone C (pink) £75 per sqm. 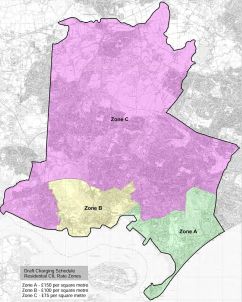 It is important to be aware that CIL will apply to anything approved after the start date (i.e. including applications already submitted but not yet determined). So if you want to get something approved before CIL then you really need to be starting work on the application now. But before you do that wait a moment – not all development will be worse off under CIL! Firstly non-residential development will pay nothing under CIL whereas at the moment it may well be subject to transport infrastructure contributions. Secondly CIL works on the basis of net floorspace gained so if you are increasing the number of units significantly but without much more floorspace CIL could be cheaper. Finally a typical Zone C new small-medium dwelling may well be cheaper under CIL. But in Zone A? Almost certainly not! Give us a call and let us attempt the mind-boggling arithmetic.

Havant Borough Council has submitted its Charging Schedule for examination. Planning Inspector Mike Moore has been named as the examiner and he wrote to the Council last week pointing out a couple of glaring omissions from its schedule and an apparent lack of evidence in respect of retail developments. Oops. It remains to be seen whether this can be ironed out by the Council in order to keep the examination on track. Anyway the residential rates currently proposed are £100 per sqm for Emsworth and Hayling Island and £80 per sqm everywhere else.

New Forest District Council has also submitted its Charging Schedule for examination. The named Inspector is Simon Emerson but that is all the detail available on the examination for now. There is only one rate for residential development: £80 per sqm. It will be interesting to see how its proposal to sting big supermarkets but not small retail pans out after Poole caved in to a challenge by Sainsburys on a similar proposal (see here).

Fareham Borough Council has just published its Draft Charging Schedule for consultation (running until 11 September). It consulted on a preliminary version in the spring and the only change is a reduction to the rate for care homes. Residential development is proposed to be charged at £105 per sqm across the Borough. Just doing a quick calculation out of interest – New Community North of Fareham 7000 homes at say average 100 sqm each – 7000 x 100 x 105 = £73.5 million.

Southampton City Council seems to have gone all quiet after storming ahead with a preliminary Charging Schedule consultation in the winter. This proposed a residential rate of £105 per sqm. Unusually it proposed a charge for commercial development – ok it was a mere £10 per sqm. We’ll let you know when this sleeping giant wakes up…

West Dorset District Council and Weymouth and Portland Borough Council,  now firmly wedded in planning terms (and presumably in their honeymoon period), have just closed their consultation on a preliminary Charging Schedule. They proposed a residential rate of £93 per sqm.

Lazybones Councils: I’m sure they are all beavering away madly deciding whether to charge £93 per sqm or £105 per sqm for residential development or whether there are any “goldmine” areas where they tap up developers for a bit more cash. Anyone fancy a sweep-stake on who will publish a Charging Schedule next? My money is on Purbeck District Council. Also I predict they will have three Zones for residential development and that the most expensive will surpass even Poole’s Zone A. But that’s just a guess.

Do you want to know more about all this? Then do get in touch.

Won on appeal: demolition of two houses and erection of ten new houses in Weymouth

Dorset Council: Jess Glover is delighted to announce that s[...]