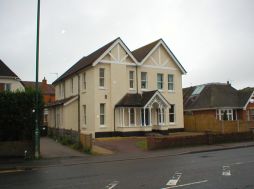 The owner of the 13 bedroom premises approached Pure Town Planning after receiving a letter from Bournemouth Borough Council, alleging that the current lawful use of the property was that of a guest house. The owner acknowledged that whilst it is very likely that the building was originally built as a hotel, this use had ceased a long time ago. Clearly having bought it 3 years ago as an HMO and being told at the time that it had been a HMO since 1999, regularising the use of the premises was of utmost importance to the owner.

Pure Town Planning set to work researching the history of the property, Council tax records and obtaining tenancy agreements dating back at least 10 years in order to demonstrate to the Council that by virtue of the passage of time the building had a lawful use as a Sui Generis 13 bedroom HMO (click here for a quick refresher on the Use Classes Order). In the absence of the previous owners, who could have provided statutory declarations to confirm the use over the last 10 years, we could only rely on historic tenancy agreements dating from 2001 to the present day. These documents clearly demonstrated that throughout this period a continuous HMO use of the building had occurred.

The Council conceded and confirmed that the evidence provided to them demonstrated that on the balance of probabilities the premises had been in use as a Sui Generis HMO continuously for at least the last 10 years and subsequently issued a Certificate of Lawful Use, confirming that the building was lawfully an HMO.

If you have recently found yourself in a similar position or are looking to regularise an existing unlawful use, then why not get in touch  take advantage of our FREE half hour consultation and find out how we can assist you secure the value of your property.