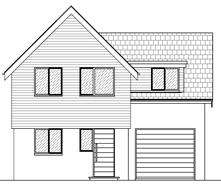 The site has extensive history with three applications to sever the land and erect a two storey detached dwelling at the front of the site refused by Purbeck District Council. Subsequently two of these applications were dismissed on appeal in 2006 and 2009, respectively. To add yet further complication the garden where the dwelling was proposed had a Tree Preservation Order protecting all the trees within the site. 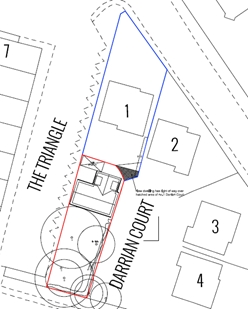 Nonetheless, Pure Town Planning were confident that the site could accommodate an additional dwelling and we therefore formulated a fresh approach that overcame the previous reasons for refusal and resulted in us securing the all-important planning permission for our client.

Following submission, the initial set of plans met resistance from the Planning Officer as it was their view that the development was too close to the rooting zone of one of the protected trees at the site, leading them to conclude that the development would have been detrimental to the health and longevity of the tree and would have put an unacceptable amount of pressure for the tree in question to be felled. After considering the Officer’s comments we felt that there was a mutually agreeable way forward and arranged a site meeting with the Council to discuss amendments to the schemes.

At the site meeting, we suggested that we move the dwelling closer to the existing property, which resulted in taking the entire footprint of the proposed dwelling a sufficient distance away from the protected trees. The Case Officer considered that the proposed way forward was acceptable and the plans were subsequently amended. The amended plans took account of neighbouring properties and ensured that there was no harm to the amenity of the occupiers of the existing dwelling nor the surrounding properties. Further to this, the plans were amended to ensure that they were in keeping with the existing properties in this cul-de-sac.

Finally, following 7 and half months of negotiation with the Council, the application was approved to the delight of the applicant. So if you have a site where you have had refusals for development why not give Pure Town Planning a call on 01202 585524 or email info@puretownplanning.co.uk for a FREE 30 minute consultation.