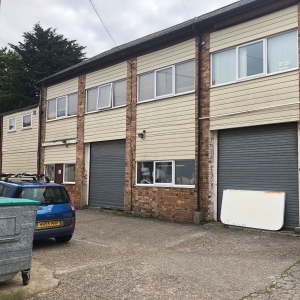 BCP Council: Matt Annen, Director of Pure Town Planning is pleased to have just received four prior approvals in respect of two Class O Prior Approvals (change of use of Office B1(a) to residential C3) and two Class PA Prior Approvals (change of use of Light industrial/Workshop B1(c) to residential C3 use) in Westbourne. The approved scheme delivers a conversion of two separate buildings into a total of 14 flats.

The site has been a mixed use development consisting of a range of offices and workshops of varying sizes in two buildings since the 1990s. An applicaiton for a new build residential scheme had previously been refused and then dismissed on appeal.

The client approached Pure Town Planning looking for a planning strategy to unlock the development potential of the site. Matt deemed that given the history and the established uses, this site was a prime candidate for a Prior Approval Scheme. However because of the mix of uses and the fact these were over two separate buildings, four applications were required to deal with each separate use within each separate building. The plans were prepared by local firm; Harriplan.

The transport officer initially raised some concerns and requested a transport assessment. We instructed JPC Highways who prepared a statement which satisfied the highway and transport issues raised. A main concern was with the coexistence of new residential units with commercial uses operating on site at the same time. However, to resolve this the applicant agreed to a condition that requires all commercial uses to cease prior to occupation of any new residential occupier.

The other question the officer initially had was whether a residential conversion of part of the site would compromise the sustainability of other commercial uses on the site. This would be relevant where this would affect an important industrial or employment estate. It is perhaps more relevant to large purpose built industrial estates. This site did not have a specific employment allocation and is in an area of mixed use. The applicant again agreed to a condition which requires all of the uses to cease on site so there will not be any conflict. We successfully argued that this small backland industrial complex surrounded by houses isn’t significant enough to retain.

The prior approval was also granted with other conditions which required a more detailed investigation of any contamination possibility on the site. As this case has demonstrated, Councils are able to grant prior approvals subject to conditions similar to planning applications and often represent a pragmatic way of dealing with such matters – particularly as they have to issue their decision within 56 days or the development can be undertaken regardless.

There are still plenty of Use Class B1(a) offices and workshops B1c out there suitable for conversion to residential. If you have such an office or light industrial/workshop (Use Class B1(c)) building or agricultural use why not speak to Pure Town Planning about the possibility of the permitted development change of use to residential?