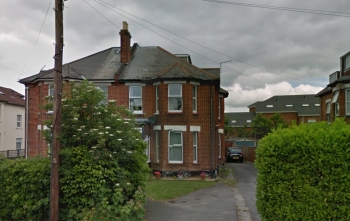 Bournemouth Borough Council:  Pure Town Planning have recently secured planning permission for alterations and conversion of a building to a 7 bedroom HMO and 1 self contained flat. The site was located close to the town centre of Bournemouth on a section of Holdenhurst Road which is a mix of commercial and residential premises.

The application property had previously been used as a guest house and later as 7 letting rooms with owner’s/carers accommodation. This was the last authorised use of the premises and a condition attached to the planning approval stated that the use was to remain personal to the applicant due to the particular circumstances and use of the premises for people with mental health needs who required a certain amount of support.

When dealing with HMO’s in Bournemouth the key Core Strategy policy is CS24 which specifically relates to proposals for HMO development which includes both C4 residential uses and the larger suis generis HMOs such as the one proposed. This policy was introduced as a result of concerns that in some areas of Bournemouth there was a disproportionate number of HMOs which was having a detrimental impact on the character and amenity of those areas and failing to provide mixed and balanced communities.

The policy states that in order to encourage mixed and balanced communities, proposals for HMOs will only be considered acceptable where no more than 10% of properties within a defined area around the application site are in use as HMOs. In this particular instance the Council carried out an assessment of the immediate vicinity which showed only around 5% of properties to be in use as HMOs and therefore the addition of another HMO on this site would not push the percentage above the 10% threshold. Therefore, the proposal met the requirement of this policy, and because the proposal also was deemed acceptable in meeting the requirements of other development plan policies (such as impact on neighbours and a safe arrangement for the parking and manoeuvring of cars etc.) the application was subsequently approved.

If you are exploring the possibilities of creating a new HMO development or are looking to regularise an existing unlawful use, then why not get in touch and contact Richard in our Bournemouth office to take advantage of our FREE half hour consultation and find out how we can assist you with your proposal.