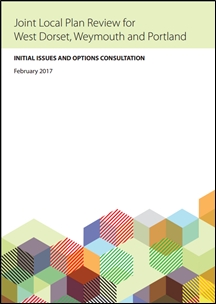 The Councils have published an Initial Issues and Options paper for consultation.

In terms of the numbers, the review states that councils need to collectively identify sufficient land to accommodate at least a further 4,520 homes by 2036. This is in addition to the land for 14,855 new homes already identified in the adopted local plan. The review advises that the settlements of Dorchester, Weymouth, Beaminster, Bridport, Lyme Regis, Portland, Sherborne and Crossways are likely to have sufficient capacity to accommodate the additional growth proposed and considers potential sites for development. Outside of these areas, residential development within larger villages that have defined development boundaries will remain acceptable in principle.

Outside defined development boundaries there will be continued presumption against new development. However, the councils are considering updating Policy SUS2 (The Distribution of Development) of the adopted Local Plan to allow residential development outside defined development boundaries if it can be demonstrated that the site is sustainable and other material considerations favour the proposal – notably, the councils’ marginal five-year housing land supply and the lack of demonstrable harm associated with the scheme.

In terms of other notable proposed modifications, the councils are seeking views on the adoption of Government’s nationally described space standards for new housing and the introduction of a lower 5-unit affordable housing threshold in designated rural areas, as permitted by the NPPF.

The full consultaiton document can be viewed online here – responses are requested by 03 April 2017.

If you have any queries about how any of this affects you why not call our specialist on these local authorities Chris Miell?